April 01, 2021 David C. Driskell Center for the Visual Arts and Culture of African Americans and the African Diaspora | College of Arts and Humanities 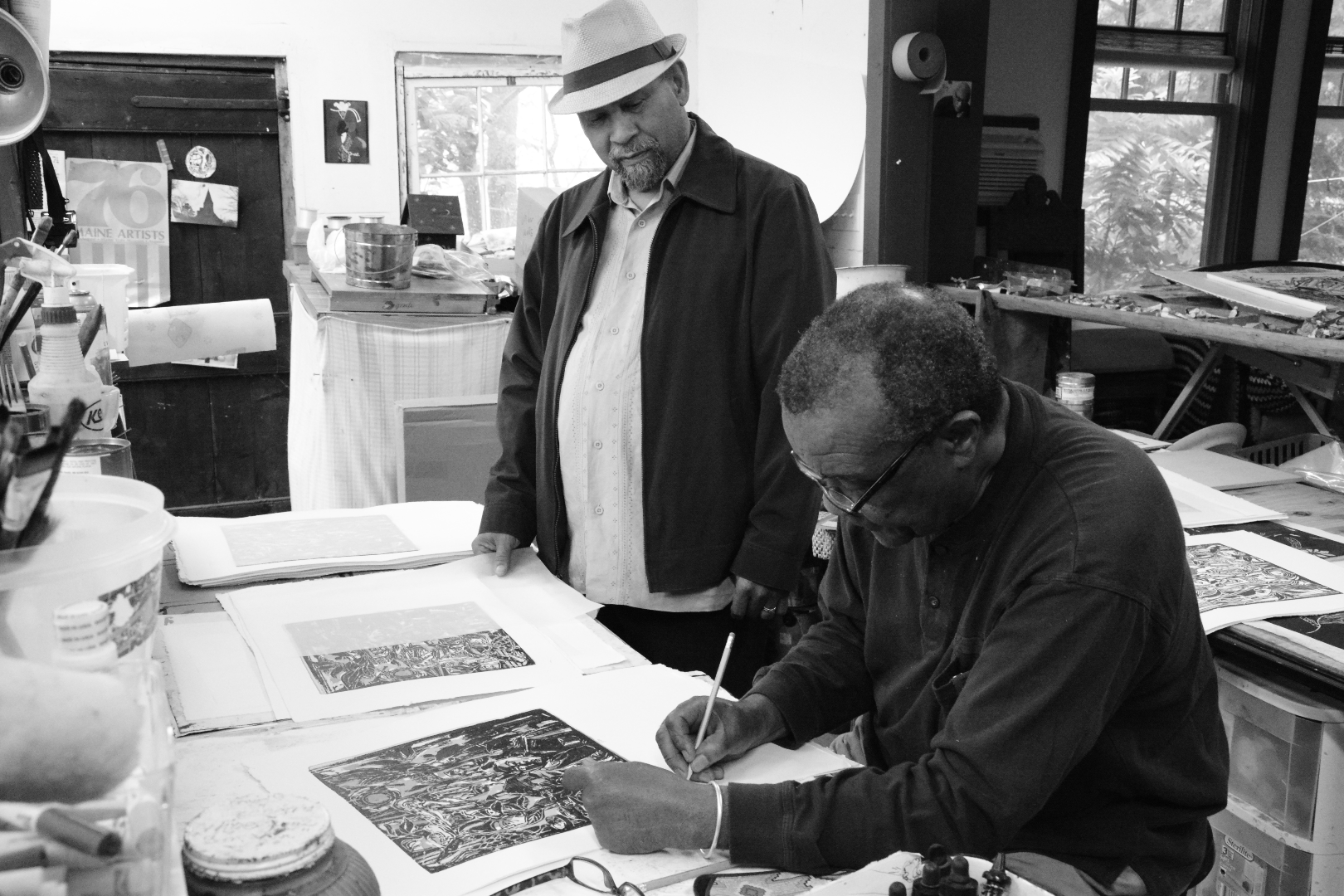 During this difficult year, marked by the loss of so many lives, we are reminded of how much David enriched our lives. He shared with us how to look at art; he taught us the ‘what’ and ‘why’ is important in American art; he demonstrated to us what is important to collect, preserve and document; and most of all, he exemplified to us how to treat each other with respect, honor and grace.

A year later, it is still difficult to imagine a world without David. He not only brought devotion, knowledge and humanity to his commitment to us, to African Americans, and to members of the art world, but he was also a national treasure that knew no bounds in his openness to share his knowledge and embrace the ambitions of young scholars who sought to carry on his trailblazing legacy of achievement and excellence.

As his printmaker since 2003, he and I produced over forty unique limited-edition prints. Our relationship grew and included organizing exhibitions of his works internationally. I made my annual summer sojourn to Falmouth, Maine to work with David in his studio on collaborative printmaking projects. We were working on a new edition for The High Museum of Art, Atlanta, when he transitioned.

Many of us have watched films and tribute events to David’s life and achievements. At the Driskell Center, we continue to honor his legacy by continuing to focus on the Center’s mission to honor him and educate the public about the contribution of African American artists to the American art canon. Through three online exhibitions – Trees by David C. Driskell, The David C. Driskell Papers, and David C. Driskell’s Students – as well as a physical showcase of David’s art at the University of Maryland’s University House, a symposium in partnership with the National Gallery of Art and Skowhegan School of Painting & Sculpture, an online archival project dedicated to transcribing The David C. Driskell Papers, and a soon-to-be-released K-12 online education program, we have worked tirelessly to pursue these goals.

Our commitment to him will continue, demonstrated through our programing and activities. Join us on April 15th for the 19th David C. Driskell Center Distinguished Lecture in the Visual Arts Series in Honor of David C. Driskell, where I will deliver a lecture entitled “What’s Next? David C. Driskell Artist/Scholar/Activist; A Model for Future Role and Practices of African American Artists” as part of the 31st Annual James A. Porter Colloquium: Defining Diaspora: 21st Century Developments in Art of the African Diaspora. Stay tuned for information about a conversation between Dr. Pines, the President of the University of Maryland College Park, and I about David C. Driskell. This event will be held on April 20th as part of President Pines’ inauguration week.

Meanwhile, keep our beloved David C. Driskell and his family in your thoughts.