September 12, 2016 Art | David C. Driskell Center for the Visual Arts and Culture of African Americans and the African Diaspora 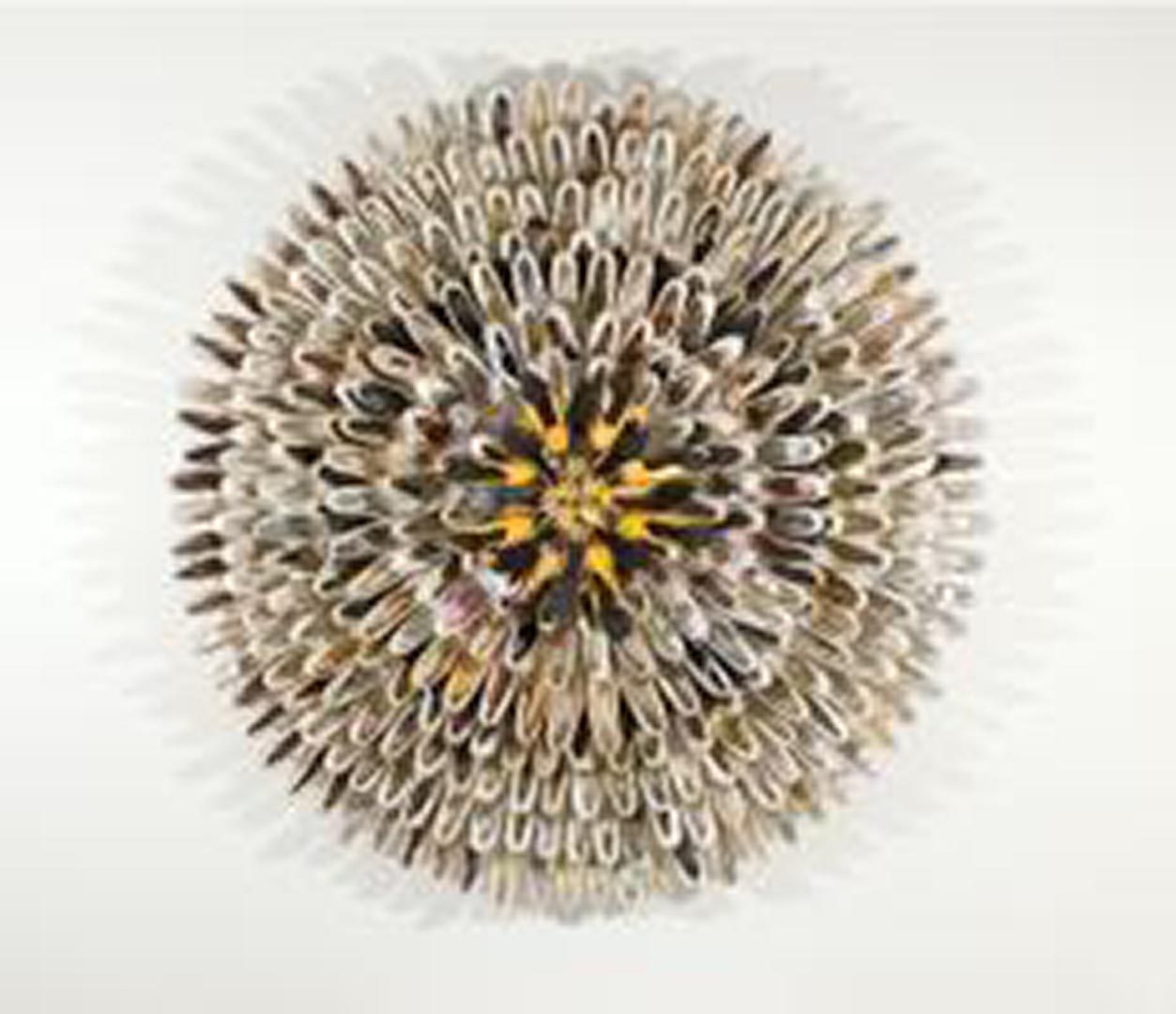 Artist Willie Cole's Exhibition of Works From the Last Ten Years to Be Presented at the David C. Driskell Center

COLLEGE PARK, MD. — The David C. Driskell Center at the University of Maryland is proud to announce its fall exhibition, Willie Cole: On Site, presenting highlights from the body of work by contemporary African American artist Willie Cole. The exhibition is organized by the David C. Driskell Center for the Study of the Visual Arts and Culture of African Americans and the African Diaspora, and is co-curated by the David C. Driskell Center’s Deputy Director, Dorit Yaron, and Executive Director, Professor Curlee R. Holton. The exhibition will be on display at the Driskell Center from September 22nd through November 18th, 2016, with an opening reception on Thursday, September 22nd, from 5-7PM. The exhibition will be accompanied by a printed publication with an introduction and essays from the curators and scholar Sherri Irvin, Ph.D., the Presidential Research Professor of Philosophy and Women’s and Gender Studies, and Co-Director of the Center for Social Justice, at the University of Oklahoma, Norman.

The exhibition features nineteen three-dimensional artworks, which Cole created from 2006 through 2016, and focuses on three main materials: found wood, used shoes, and recycled water bottles. Two of those materials, shoes and water bottles, represent objects that we use and discard. They contain residue from the individuals who have used those objects; the shoe keeps the shape, sweat, and smell of the person who wore it, while the bottles contain the individual’s DNA (breath, spit, and soul). A site-specific installation of a 20’ diameter ‘chandelier’ made of close to 5,000 recycled water bottles will be centered in the Driskell Center’s gallery, including a video documenting the creation of the ‘chandelier’. On his website, the artist states, “The idea of chandeliers made from recycled water bottles first came to me in a dream about 3 years ago. In that dream I saw one suspended in a void, with an image of Buddha inside each bottle. It was, I believed at that time, a message about purity, love, and unity. But upon waking I realized that it was also about the environment. Each day 20 billion bottles are added to landfills across the globe…”

In 2017, Willie Cole: On Site will begin its national tour; from April 7th through July 2nd, 2017, the exhibition will be featured at the Arthur Ross Gallery at the University of Pennsylvania, Philadelphia, and beginning in October 2017, it will be on display at the University of New Hampshire’s Museum of Art, Durham. It will continue its tour to other locations soon after.

Willie Cole is known for transforming ordinary objects, such as bicycle parts, irons, and shoes into works of art, alluding to the African American experience inspired by West African religion. Known for his strong use of imagery, one of Cole’s most prominent symbols, the steam iron, represents subjects ranging from the domestic role of women of color to the Yoruba god of iron and war, Ogun. Professor Curlee R. Holton describes Cole’s work as follows: “Willie Cole is one of the most creative and original artists working today. His iconic archetypal images penetrate our consciousness to connect to a primal source in each of us. He is masterful in how he can take a common object like well-worn shoes and resurrect from them a new spirit and meaning. He refashions impoverished objects from our world of the discarded and disowned with a self-assured agency of transformation to assert his own vision of art and beauty.”

Born in 1955, Willie Cole is a lifelong resident of New Jersey. He attended the Boston University School of Fine Arts, received his Bachelor of Fine Arts degree from the School of Visual Arts in New York in 1976, and continued his studies at the Art Students League of New York from 1976-79. In 1988 he began assembling artifacts from America’s throwaway culture into iconic artworks. Willie Cole is the 2006 winner of the Driskell Prize, the first national award to honor and celebrate contributions to the field of African American art and art history, given annually by High Museum of Art, Atlanta, GA. Willie Cole’s work is featured in major collections around the country, including the Museum of Modern Art and the Whitney Museum of American Art, NY; the Philadelphia Museum of Art, PA; and the National Gallery of Art, Washington, DC. His work has been the subject of several one-person museum exhibitions, including the Montclair Art Museum (2006), NJ; the Tampa Museum of Art (2004) and the Miami Art Museum (2001), FL; and the Museum of Modern Art, NY (1998).

The David C. Driskell Center for the Study of the Visual Arts and Culture of African Americans and the African Diaspora at the University of Maryland, College Park, celebrates the legacy of David C. Driskell --Distinguished University Professor Emeritus of Art, Artist, Art Historian, Collector, and Curator-- by preserving the rich heritage of African American visual art and culture. Established in 2001, the Center provides an intellectual home for artists, museum professionals, art administrators, and scholars of color, broadening the field of African diasporic studies. The Driskell Center is committed to collecting, documenting, and presenting African American art as well as replenishing and expanding the field. For further information about the David C. Driskell Center, please call 301.314.2615 or visit www.driskellcenter.umd.edu.

Image via the David C. Driskell Center at the University of Maryland:

Artist Willie Cole's Exhibition of Works From the Last Ten Years to Be Presented at the David C. Driskell Center 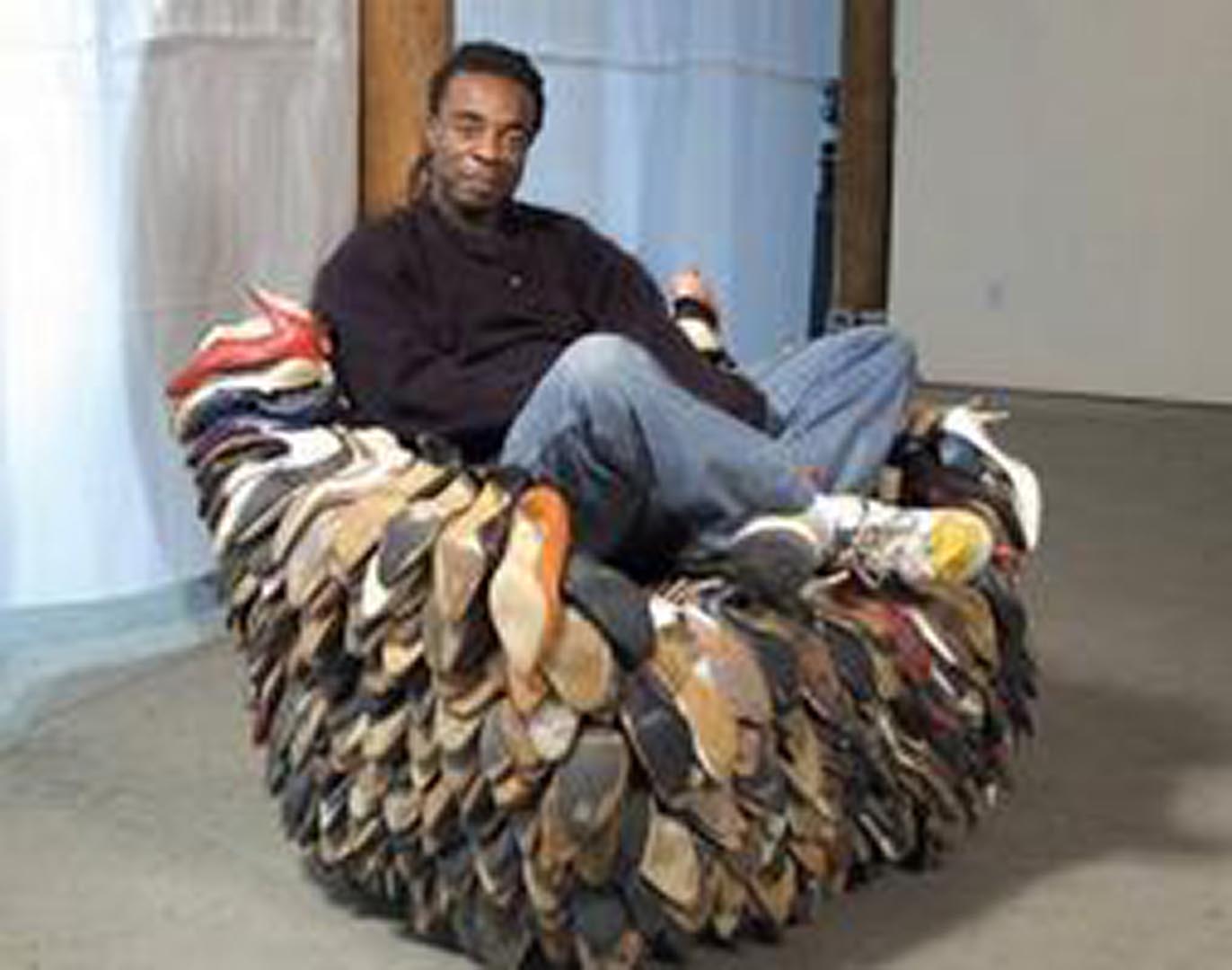 Willie Cole's traveling exhibition is now on display at the University of New Hampshire. 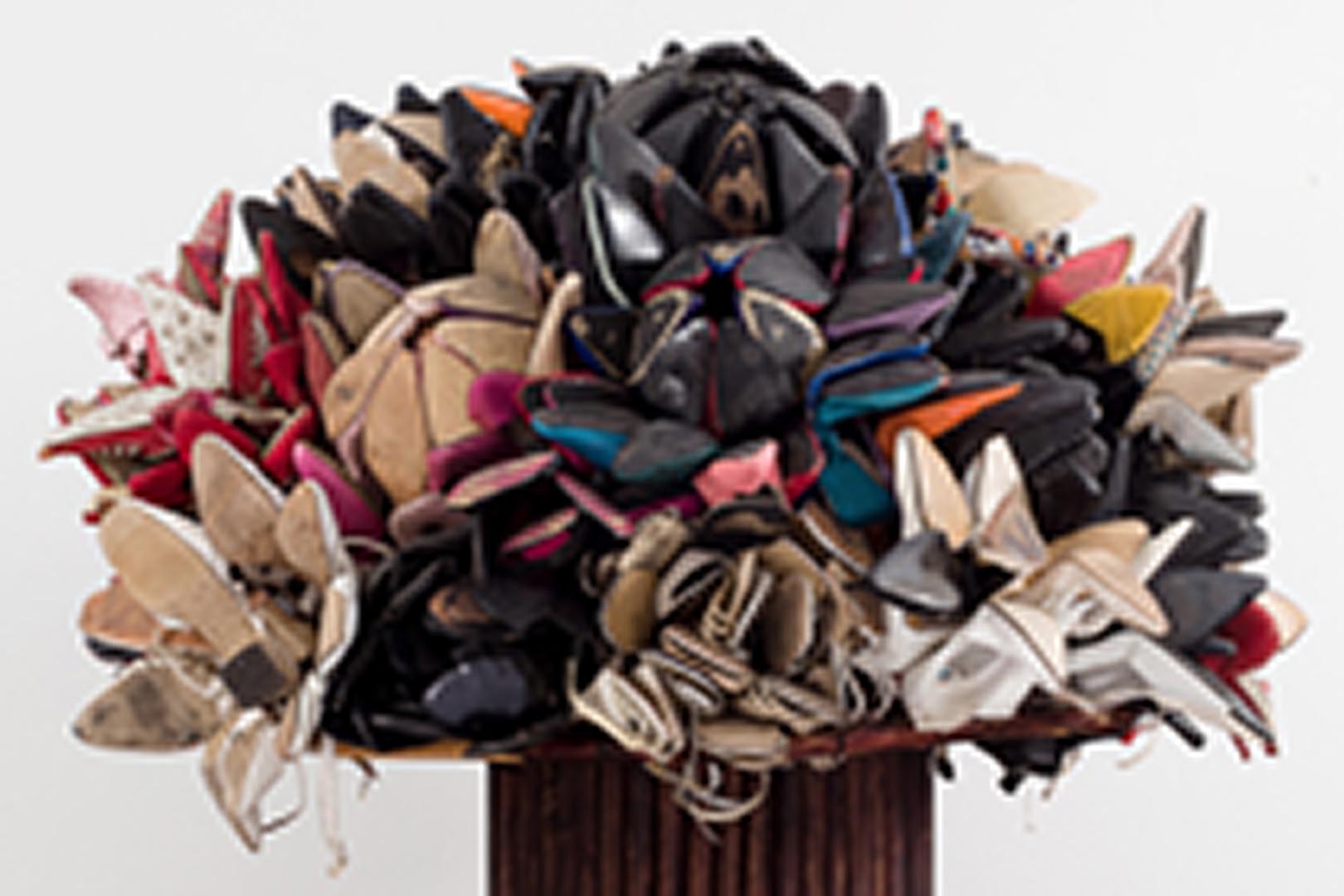