September 07, 2007 David C. Driskell Center for the Visual Arts and Culture of African Americans and the African Diaspora 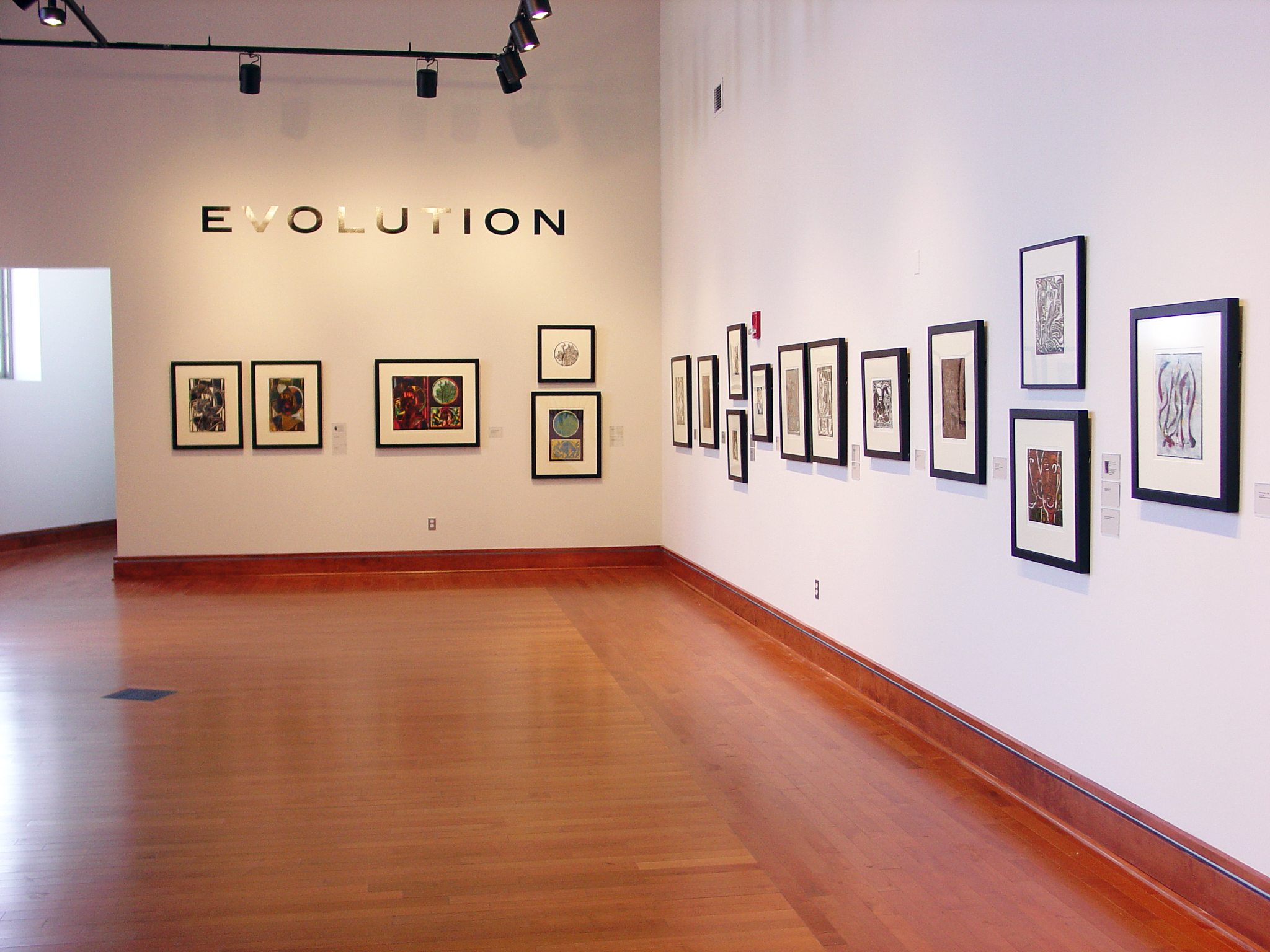 COLLEGE PARK, MD. – Evolution: Five Decades of Printmaking by David C. Driskell highlights for the first time the prints of the renowned Distinguished University of Maryland Professor Emeritus of Art, David C. Driskell, an Artist, Art Historian, Collector, Curator, Educator, and one of the most recognized and respected names in the world of African American art and culture.

Evolution is organized by the David C. Driskell Center for the Study of the Visual Arts and Culture of African Americans and the African Diaspora at the University of Maryland, College Park. The exhibition is the inaugural exhibition of the David C. Driskell Center at its new home in the Cole Student Activities Building (aka Cole Field House), located in the heart of the University of Maryland campus, adjacent to Adele H. Stamp Student Union. The new Center includes an exhibition space, a vault for the Center’s permanent collection, an archive room, a study room, and offices. Evolution will be on view from Wednesday, October 17, 2007 through Friday, March 14, 2008. The public opening reception will be held on Wednesday, October 17, 2007, from 5:00-7:00PM.

The exhibition includes more than seventy-five prints by Driskell as well as several works on paper which will provide insight into Driskell’s artistic process and development. In addition, the exhibition will include several woodblocks used to produce the prints. Evolution is curated by the David C. Driskell Center’s Curator-in-Residence, Dr. Adrienne L. Childs, a graduate of the Department of Art History and Archaeology at the University of Maryland, College Park.

Accompanying the exhibition is a fully-illustrated, 120-page, scholarly catalogue published by Pomegranate Communications Inc. In addition to a curatorial essay by Dr. Adrienne Childs, the catalogue includes an Acknowledgment by Dr. Robert E. Steele, Executive Director of the Driskell Center; an essay by Ruth Fine, Curator of Special Projects in Modern Art, National Gallery of Art, Washington, DC.; and an introduction by Deborah Willis, Professor of Art, Tisch School of the Arts, New York University. The catalogue includes color reproductions of all the works in the exhibition as well as a comprehensive list of David C. Driskell’s prints, with thumbnail color reproductions of the prints not included in the exhibition. The catalogue retail price is $30 a copy.

The exhibition is supported, in part, by the Maryland State Arts Council, Prince George’s County Arts Council, and the University of Maryland’s Office of the President.

Prof. Driskell studied at Skowhegan School of Painting and Sculpture in Maine and received his undergraduate degree in art at Howard University (1955) and a Masters in Fine Arts degree from Catholic University (1962). He joined the faculty of the Department of Art at the University of Maryland in 1977 and served as its Chairman from 1978-1983. He has been a practicing artist since the 1950s and his works are in major museums throughout the world, including the National Gallery and Yale University Art Gallery, to name a few. In 1976, David curated the groundbreaking exhibit “Two Centuries of Black American Art: 1750-1950” which laid the foundation for the field of African American Art History. Since 1977, Prof. Driskell has served as cultural advisor to Camille O. and William H. Cosby and as the curator of the Cosby Collection of Fine Arts. In 2000, in a White House Ceremony, Prof. Driskell received the National Humanities Medal from President Bill Clinton. In 2007, he was elected as a National Academician by the National Academy.