September 09, 2020 David C. Driskell Center for the Visual Arts and Culture of African Americans and the African Diaspora 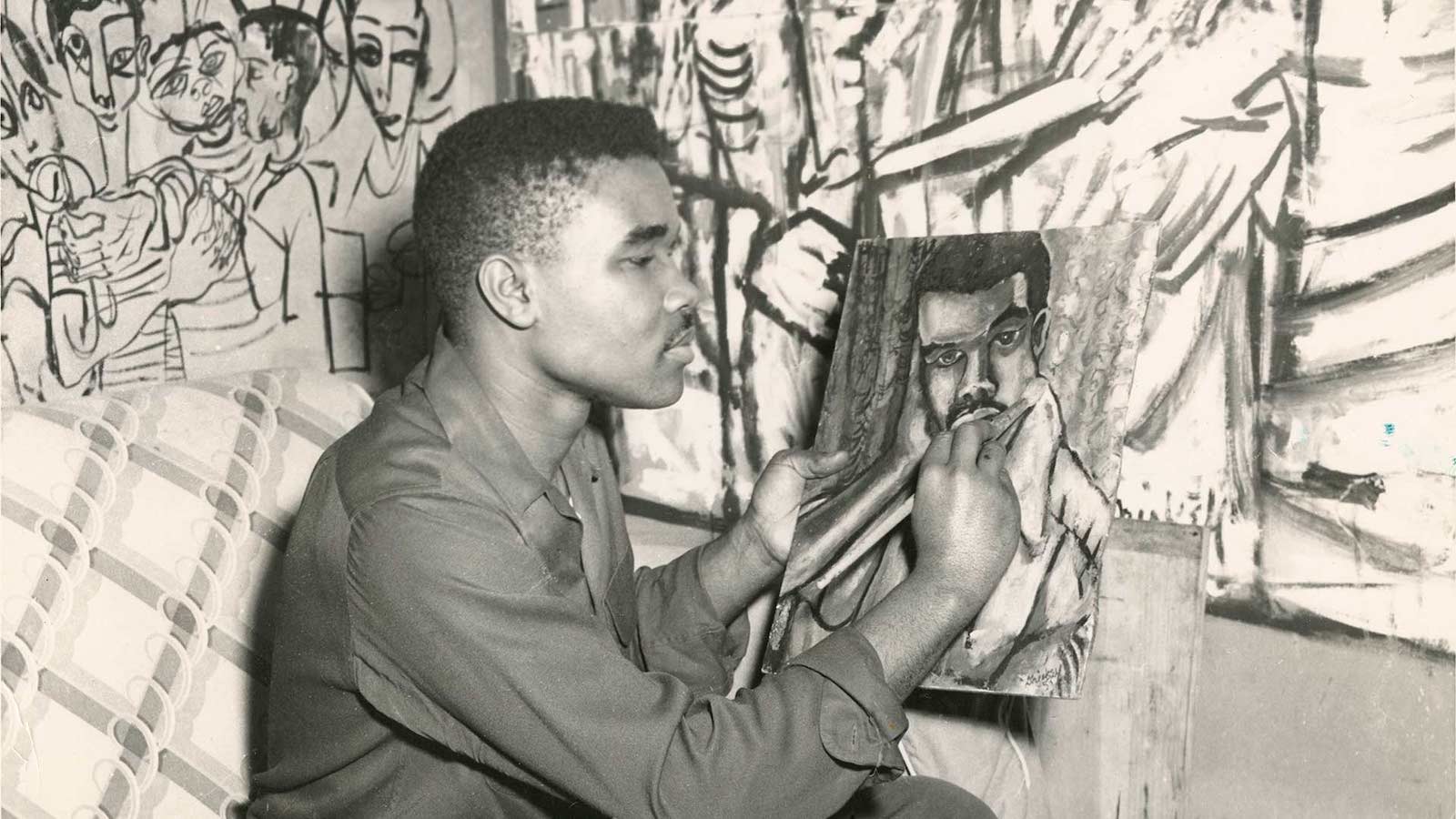 In “The David C. Driskell Papers,” a new virtual exhibit from UMD’s David C. Driskell Center for the Study of Visual Arts and Culture of African Americans and the African Diaspora, these materials and more commemorate the life of the famed artist, curator, scholar, educator and mentor, who died April 1 of complications from COVID-19 at age 88.

The exhibit, opening today, culls 110 items from the collection of 50,000-plus documents dating to the 1950s that he and his wife, Thelma Grace Driskell, had donated to the center. Divided into “galleries” by decade, the collection includes lecture notes, student dissertations, slides from his exhibitions, journal entries and correspondence with other major artists. Images of Driskell’s artwork appear as well.

“'The David C. Driskell Papers' reveals processes which Professor Driskell used to establish the intellectual foundation of the study of the artistic production of African American artists,” said Curlee Raven Holton, executive director of the Driskell Center. “These artists, often in the shadows of our collective history, were brought into the foreground and illuminated by Professor Driskell's research and promotion.”

The exhibit takes visitors on a tour of people and places critical to Driskell’s own development, from his studio in Falmouth, Maine, to his home in Nashville to Talladega College in Alabama, where he had his first teaching position.

Flanked by his other works, future UMD art Professor Emeritus David C. Driskell paints the 1953 “Self Portrait” at his studio in the Washington, D.C., home of his mother-in-law. The young artist was then a student at Howard University.