September 10, 2014 College of Arts and Humanities | David C. Driskell Center for the Visual Arts and Culture of African Americans and the African Diaspora 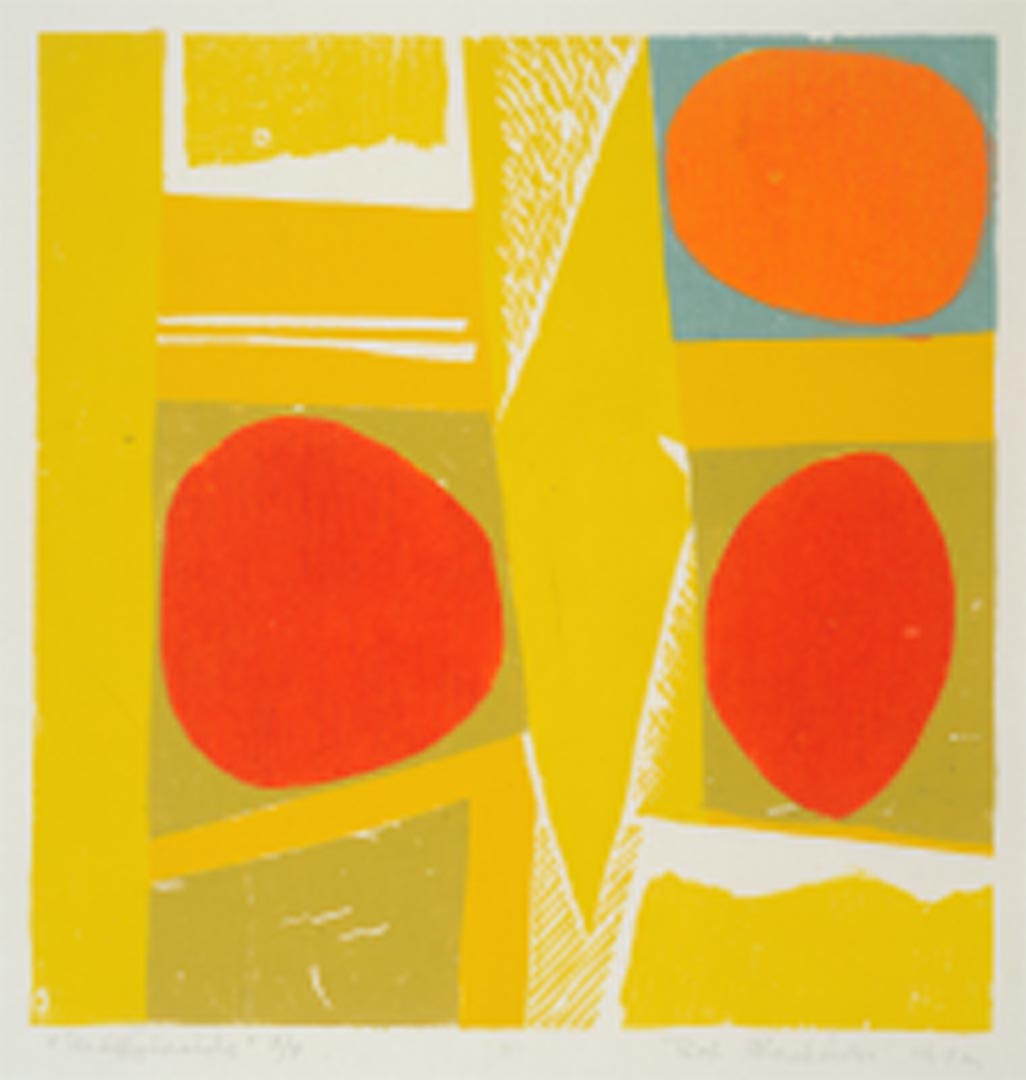 Robert Blackburn: Passages features about 90 works by Blackburn and 10 by his contemporaries such as Charles Alston, Will Barnet, Grace Hartigan, Robin Holder, and Norman Lewis. Passages will include works on loan from the Library of Congress, the Elizabeth Foundation for the Arts’ Robert Blackburn Printmaking Workshop, The Cochran Collection, The Nelson/Dunks Collection, and Metropolitan Transit Authority Arts for Transit and Urban Design, and others, and will be on display at the Driskell Center from September 18th through December 19th 2014. The exhibition will start its national tour on January 2015 and will travel thereafter.

A retrospective of Blackburn is long overdue. A “printmaker’s printmaker,” Blackburn affected the course of twentieth-century graphic through his own work, as well as through the institution which he founded in New York City in 1948, The Printmaking Workshop—the oldest and largest print workshop in the United States until 2001. Blackburn’s “passages” through the modern and contemporary print world are complex and unique, and he is a bridge between the Works Project Administration (WPA) and the “print explosion” of the 1960s.

In conjunction with the exhibition, the Driskell Center will also publish an exhibition catalogue which will be the first significant monograph of Robert Blackburn’s work. The catalogue will include color reproductions of each work in the exhibition, as well as essays by Prof. Curlee R. Holton and curator Dr. Deborah Cullen, whose monographic text is an excerpt from her dissertation, “Robert Blackburn: American Printmaker,” 2002 (The Graduate Center of the City University of New York). The catalogue will be available for purchase at the Driskell Center and on the Center’s website for $35.

In addition, the Driskell C. Center and the Arts Program at the University of Maryland University College will host a symposium, “Robert Blackburn and the Modernist Movement in Prints,” on Friday and Saturday, October 24th and 25th. The symposium will be held at the University of Maryland University College, College Park Marriott Hotel & Conference Center, Adelphi, MD. Both the symposium and exhibition Robert Blackburn: Passages look at Blackburn’s work within the context of American modernism. The symposium will open with a reception at the David C. Driskell Center on Friday, October 24th, from 5:30p.m. - 7p.m. The Symposium’s sessions on Saturday, October 25th, include: “Is it a Good Print, or Not?”; “Blackburn as an Artist/Printmaker and his Contemporaries”; and “Blackburn and Modernism.” Presenters at the symposium include Judith Brodie, curator and head, department of modern prints and drawings, National Gallery of Art; Prof. Curlee R. Holton, Executive Director, David C. Driskell Center; Dr. Deborah Cullen, Director and Chief Curator, Miriam & Ira D. Wallach Art Gallery, Columbia University; Katherine Blood, Curator of Fine Prints & Poster, Prints & Photographs Division, Library of Congress; Phil Sanders, Director, Robert Blackburn Printmaking Workshop; Prof. Joshua Shannon, Associate Professor, Contemporary Art History & Theory at the Department of Art History and Archaeology at the University of Maryland; and Prof. David C. Driskell, artist and Distinguished University Professor Emeritus of Art at University of Maryland, College Park. The symposium will conclude with a reception for the exhibition Maryland Printmakers: Printmaking in a Modern Society at the University of Maryland University College’s Arts Program (at the same location as the symposium). Additional information about the symposium and registration will be made available at driskellcenter.umd.edu.

Trained through the nexus of arts organizations in Harlem during the 1930s, Blackburn learned lithography at the WPA’s Harlem Community Art Center. He attended The Art Students’ League in the early 1940s, where he met Will Barnet, who would become his teacher and longtime friend. He moved downtown, and by 1948, bought his own press to initiate a collaborative atelier in his loft. Blackburn traveled to Paris and throughout Europe in 1953-1954 on a John Hay Whitney Traveling Fellowship, while his workshop was run by friends. Upon his return, Blackburn was hired as the first master printer of Universal Limited Art Editions (ULAE) in West Islip, Long Island, where he printed its first seventy-nine editions for Helen Frankenthaler, Grace Hartigan, Jasper Johns, Robert Motherwell, Robert Rauschenberg, Larry Rivers, and others. His fluency and technical mastery of complex, abstract, color lithography contributed to forging the well-known ULAE expression that instigated the “graphics boom” of the 1960s. Blackburn returned full-time to his own shop, and in 1971 incorporated it as a not-for-profit organization. He continued to work on a series of experimental woodcuts as well as investigative intaglio and monotype, traveled, and did residencies and commissions including designing mosaics for a New York subway station in the year before his death. Blackburn received a John D. and Catherine T. MacArthur Foundation Fellowship (the so-called “Genius” award) in 1992 and a Lee Krasner Award from the Pollock-Krasner Foundation in 2000.

Blackburn produced an experimental and intimate body of work, primarily in lithography and woodcut that reveled in rich color, explored ideas of edition and variation, and experimented with abstraction at a time when black artists were expected to use figuration. The artist’s graphics have been exhibited internationally and are represented in numerous public and private collections.

The David C. Driskell facility is wheelchair accessible. The Driskell Center Gallery hours are Monday through Friday from 11a.m. to 4p.m. with extended hours on Wednesday until 6p.m. The Driskell Center Gallery will additionally be open on Saturday, September 20, October 11, November 1, and December 6, from 11a.m. to 4p.m. The Driskell Center observes all University of Maryland closings due to inclement weather and holidays, including the Thanksgiving holiday November 27-29, 2014. For further information regarding this exhibition and future activities at the Driskell Center, please call 301.314.2615 or visit www.driskellcenter.umd.edu. All exhibitions and events at the David C. Driskell Center are free and open to the public. This exhibition and its catalogue are supported by the Anyone Can Fly Foundation; the Robert Blackburn Printmaking Workshop and the Elizabeth Foundation for the Arts; the Estate of Robert Blackburn; and by a grant from Maryland State Arts Council. 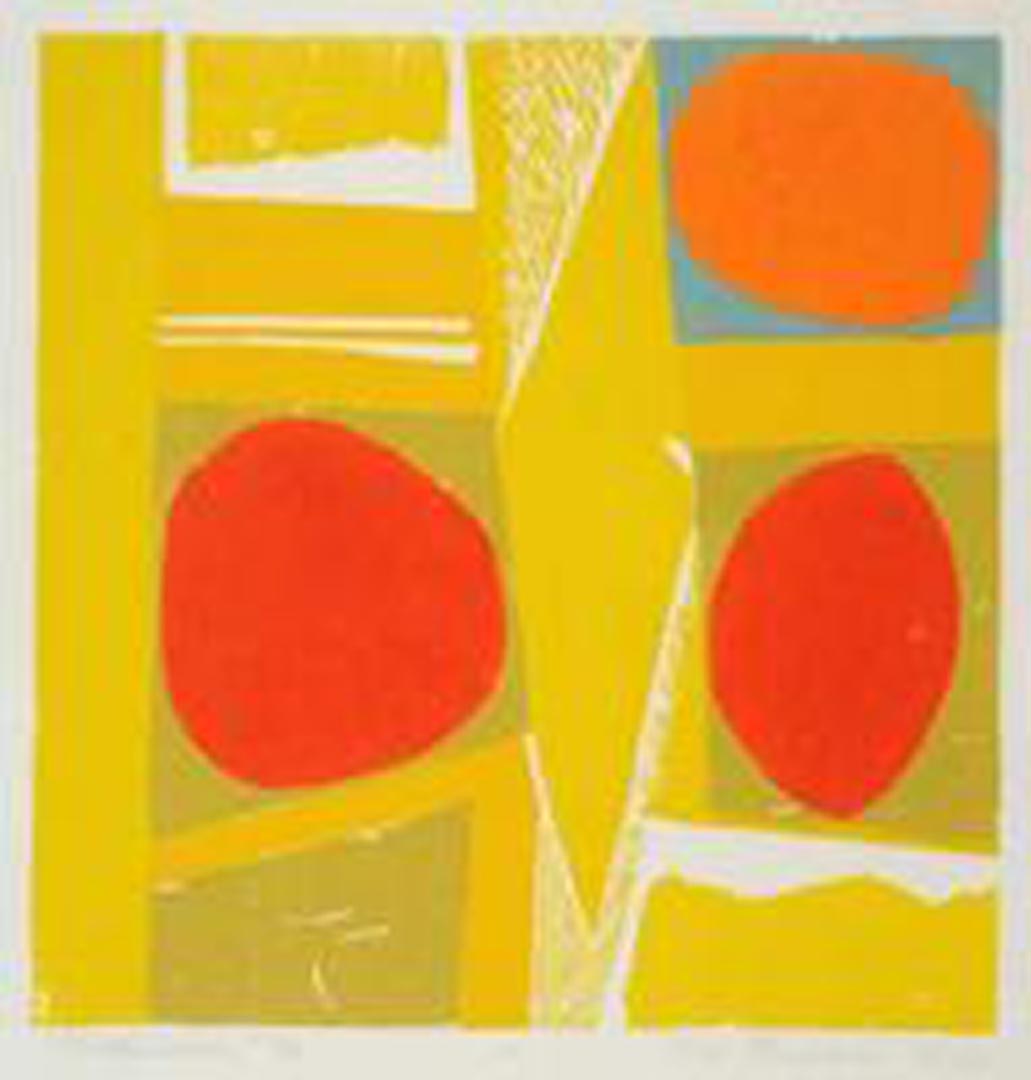 Robert Blackburn and the Modernist Movement in Prints

Hosted by the David C. Driskell Center and the Arts Program at the University of Maryland University College, “Robert Blackburn and the Modernist Movement in Prints” is a two day symposium on Robert Blackburn's work and printmaking.