Mural of a Lifetime

March 10, 2021 David C. Driskell Center for the Visual Arts and Culture of African Americans and the African Diaspora | Art 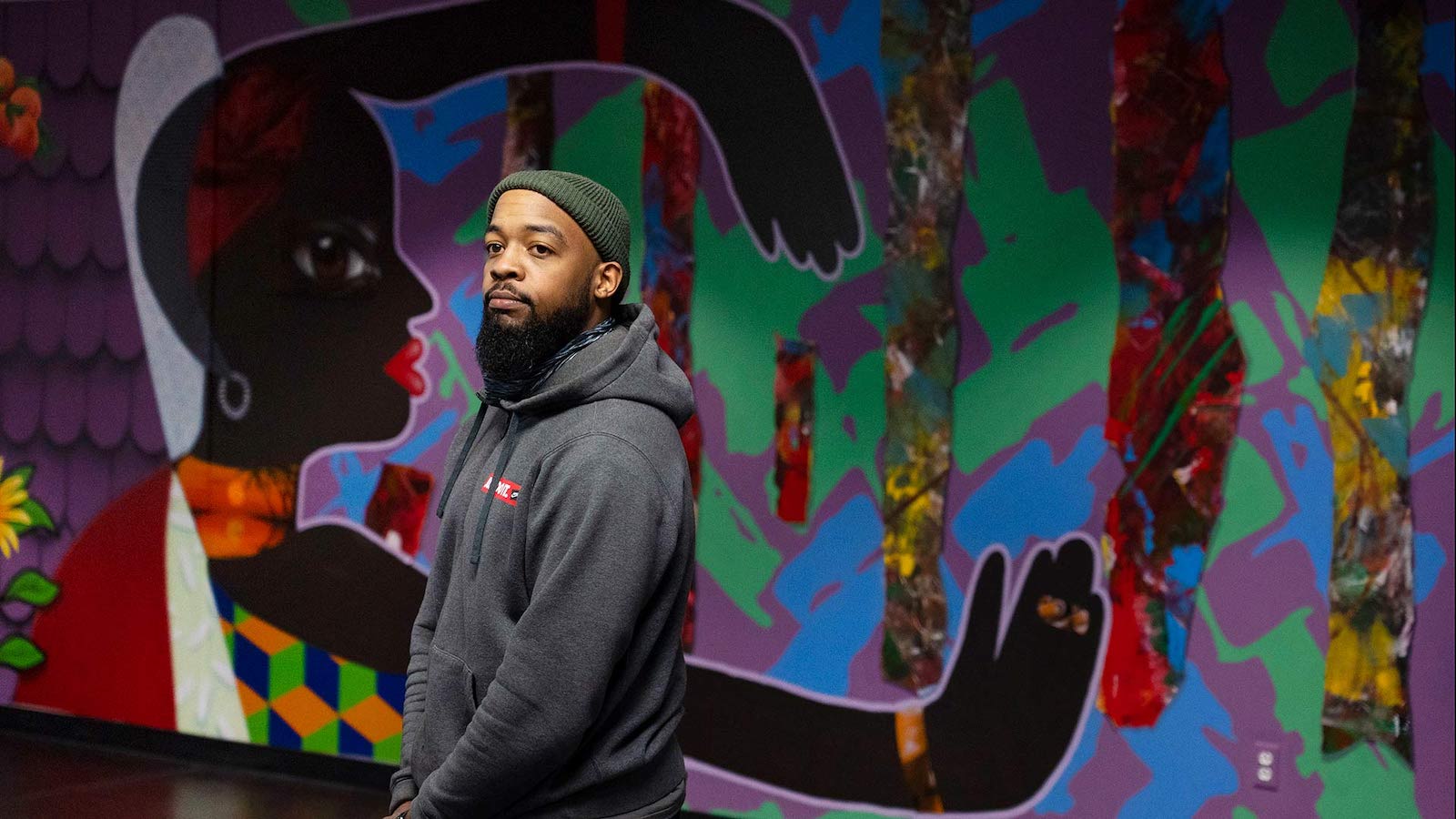 A striking woman with bright red lips, her long arms outstretched toward a gray church opposite her. Over her shoulder, a branch of perfectly ripe peaches. And overlooking it all, a portrait of someone who’s a young boy and an old man all at once. 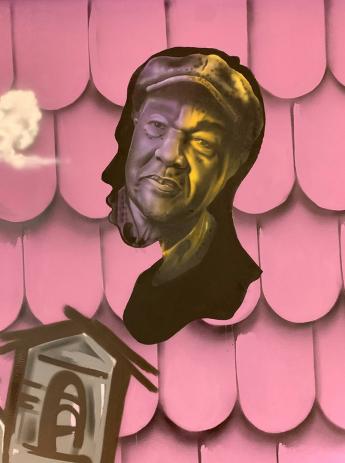 “I started to read about his life, his upbringing, and I thought it would be really cool to retell that story through one mural,” said Donahue.

A muralist who often incorporates spray painting and airbrushing into his work, Donahue chose key images from Driskell’s body of work and incorporated them into a collage-style image typical of Driskell. “It’s a mixture of his style and my style,” said Donahue. “It’s very hard to mimic his style that large because it’s kind of hard to comprehend how he started and how he finished.”

The commanding woman in the mural comes from Driskell’s 1975 painting, “Memories of a Distant Past.” The church is the one where his father preached, while the peaches are a nod to a peach tree Driskell owned in adulthood. And the silhouette at the top, both boy and man, is the artist himself.

Driskell, whose work is on display at the National Museum of African American History and Culture, was an early champion of Black art as a genre and curated the landmark 1976 exhibition, “Two Centuries of Black Art: 1750-1950.”

Before Driskell died in April 2020, Donahue presented him with the design for the mural. “He was impressed” with the attention paid to details of his own work, said Donahue. The moment had a special significance for Donahue, who heard Driskell speak at Tennessee State University, an HBCU where Donahue was an undergraduate.

“It was full circle,” said Donahue, who shared the story with Driskell. “I was star-struck at first, but he was so chill that I had to let my guard down,” said Donahue. “He felt like an elder, like a family member I’d never met before.” 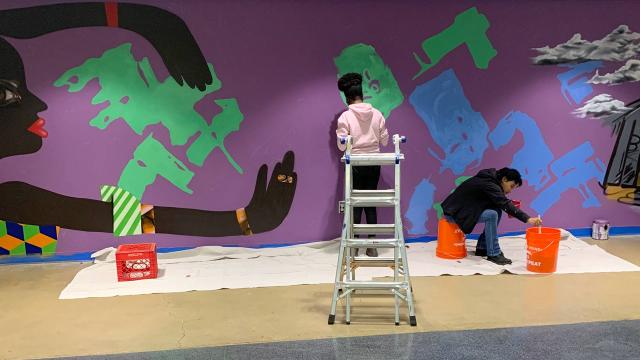 Three undergraduate art students helped Donahue paint the mural over the course of several months, an experience Boma Tende ’21 said interested her because her own artistic interest in focusing on Black women was in line with Driskell’s “own legacy and all he did for the Black community, especially in the arts,” she said.

Each student worked on a distinct element of the mural. Daria Parsa ’20, who tackled the black-eyed Susan in the piece’s lower left-hand corner, said that “the collaborative nature of it was what I enjoyed most,” taking lessons from Donahue’s use of a variety of methods and materials.

The mural “is a beautifully designed work that involved students in its creation,” said Curlee R. Holton, director of the Driskell Center, adding that the piece “celebrates Driskell’s commitment to the creative enterprise and the mentorship of students.”

A new mural in the lobby of Cole Field House, home to the David C. Driskell Center, honors the life and legacy of the late Driskell, a towering figure in African American art history and a longtime UMD professor. Brandon Donahue, former artist-in-residence at the Driskell Center, designed and painted the mural, which features key images from Driskell's own work, with help from several undergraduate students, including Boma Tende and Simone Skerritt.
(Photo of Donahue by Eric Kruszewski; mural images courtesy of Brandon Donahue)