HBO Documentary Explores Impact of ‘a Trailblazer for All of Us’

February 09, 2021 David C. Driskell Center for the Visual Arts and Culture of African Americans and the African Diaspora | Art 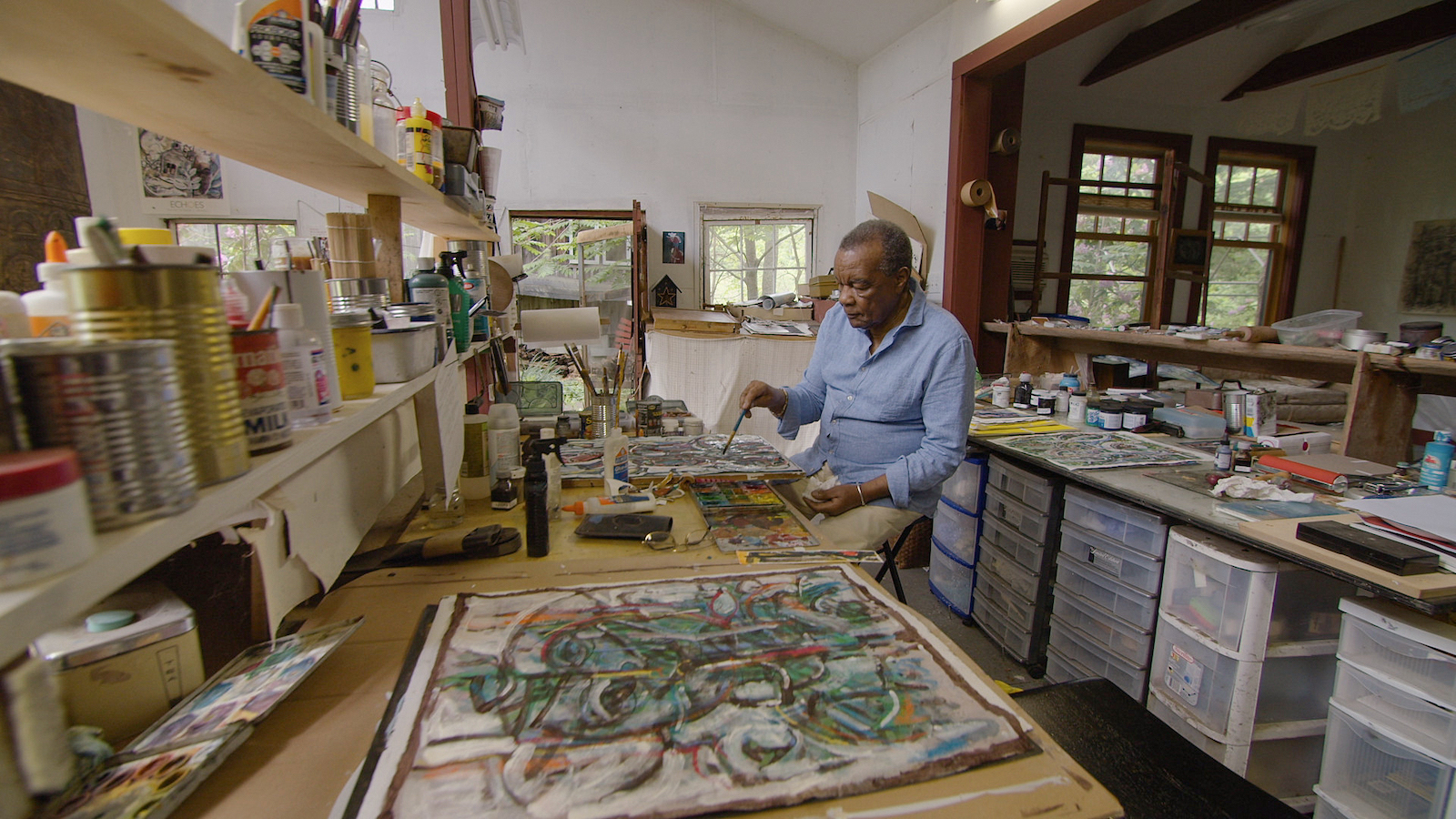 A pioneering art exhibition that opened during the U.S. bicentennial had the bold idea of showcasing the work of artists who were too often painted out of the nation’s canvas.

The impact of the exhibition, shown in four major cities, still reverberates today and is the focus of a new documentary, “Black Art: In the Absence of Light,” premiering at 9 p.m. tonight on HBO and HBOMax.

A Forbes magazine review described the documentary as "a powerful introduction for mainstream audiences to a small cross section of the countless brilliant Black visual artists working today with a whiff of the genius that preceded them."

Thelma Golden, director and chief curator of The Studio Museum in Harlem, conceived the idea of framing a film around the landmark “Two Centuries of Black American Art,” said director and producer Sam Pollard. Golden also served as a consulting producer for the film.

Pollard met Driskell for the first time over dinner in 2019, where the artist explained how he had come to curate the influential exhibition and chose the artists to exhibit, and reflected on the show’s uniqueness—“(I)t really was a milestone, presenting Black, African American artists from the 19th and 20th centuries,” Pollard said.

Pollard then travelled to Maine to interview and film Driskell in his studio painting over “two glorious days.” Driskell was excited to participate in the documentary, Pollard said, and saw part of the film before his death from complications of COVID-19 in April.

In the documentary, Driskell says of his exhibition: "This is something that had to be done because the American canon is not complete without it.”

Driskell, a celebrated painter as well as a curator and influential scholar of African American art, began teaching at Maryland in 1977; in 2001, the university established the David C. Driskell Center for the Study of Visual Arts and Culture of African Americans and the African Diaspora on campus in his honor.

“David’s 1976 exhibition was so important because it set a formal foundation for African American art and told a story that had been in the shadows,” said Curlee Holton, Driskell Center director. “But this remains a contemporary issue. David’s body of work still argues that the experience of African American artists of the past is relevant today.”

The documentary weaves together insight and commentary from artists, historians and scholars. They include Amy Sherald, Kehinde Wiley (who painted Michelle and Barack Obama’s official portraits, respectively), Theaster Gates, Kerry James Marshall, Kara Walker, Faith Ringgold and Carrie Mae Weems—many of whom speak about Driskell and his relevance.

“In my opinion, David Driskell’s presence in the art world is the significance of him sending the elevator back down. He was a trailblazer for all of us, and when there were no Black voices in the art world,” Sherald says in the documentary. “For him to assert himself in the way that he did helped move us forward during a time when we were still fighting for space in museums and in galleries.”