July 29, 2020 David C. Driskell Center for the Visual Arts and Culture of African Americans and the African Diaspora 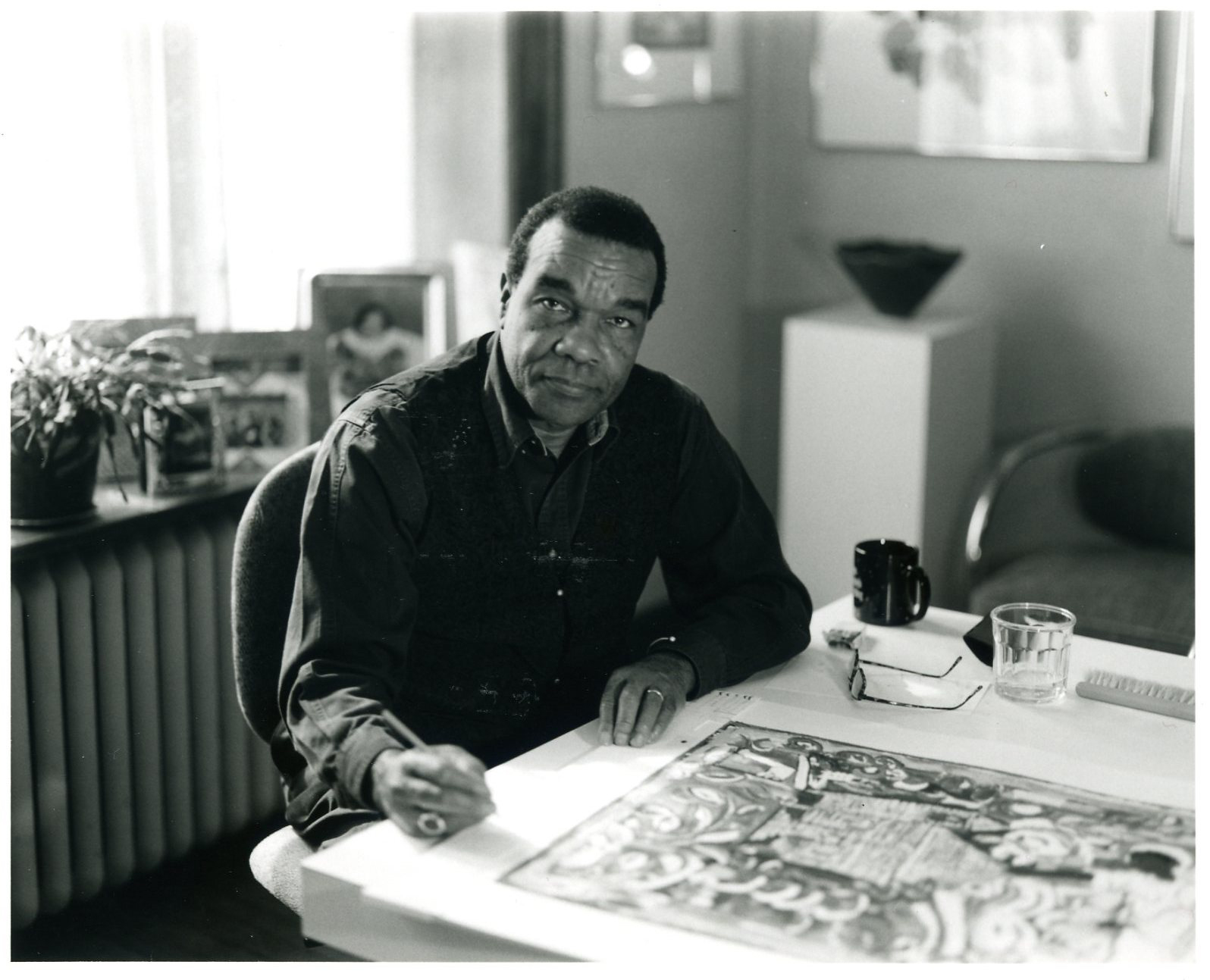 "The David C. Driskell Papers," David C. Driskell’s archive of African American art, was assembled over more than six decades in which Driskell established himself as a major artist, curator, scholar, educator, and mentor. Professor Driskell donated the collection to the Driskell Center in 2011, establishing a resource for generations of scholars, educators, and artists. Much of the material comprising the collection is from the years 1960 to 2000, and traces the evolution of African American art and African American artists’ recognition as well as the expansion of scholarship on this subject during that period.

The roughly 50,000 items which comprise the collection include journal entries, writings, curatorial notes, exhibition catalogues, photographs, audio and video material, and ephemera. Highlights in the exhibition include correspondences with Romare Bearden, Jacob Lawrence, and Georgia O’Keeffe; photographs from Driskell’s earliest solo exhibitions; and Driskell’s notes on Two Centuries of Black American Art, his signature accomplishment as a curator.

The virtual exhibition includes over 110 items including artworks by Driskell; it is divided by decades into five galleries.

Early in his career, David C. Driskell aspired to create an archive of his papers. He was inspired by James V. Herring—an artist and founder of the Howard University Department of Art in 1921 and founder of the Barnett-Aden Gallery in Washington, D.C., in 1943— who would regale his former students with stories of his career as an archivist.

“These things piqued my interest and I thought, well, someday I’d like to collect materials…and so I began collecting letters, I began writing to people when I was a senior at Howard University; to important people, getting to know them, people that I’d been introduced to…the audacity, one might say.”
—David C. Driskell, 2009

“The David C. Driskell Papers reveal processes which Prof. Driskell used to establish the intellectual foundation of the study of the artistic production of African American artists. These artists, often in the shadows of our collective history, were brought into the foreground and illuminated by Prof. Driskell's research and promotion. He celebrated the labor and dedication of these artists and their important cultural contributions. The recognition of this artistic legacy has grown over the years due to Prof. Driskell's groundbreaking research and documentation.”
—Curlee Raven Holton, 2020

In conjunction with the exhibition, the Driskell Center is planning several events, including a lecture by Driskell’s biographer, Julie L. McGee, who wrote “David C. Driskell: Artist and Scholar," published in 2006 by Pomegranate Communications, Inc.; and a panel discussion with Driskell’s colleagues. Those events will be held online and dates will be announced soon. 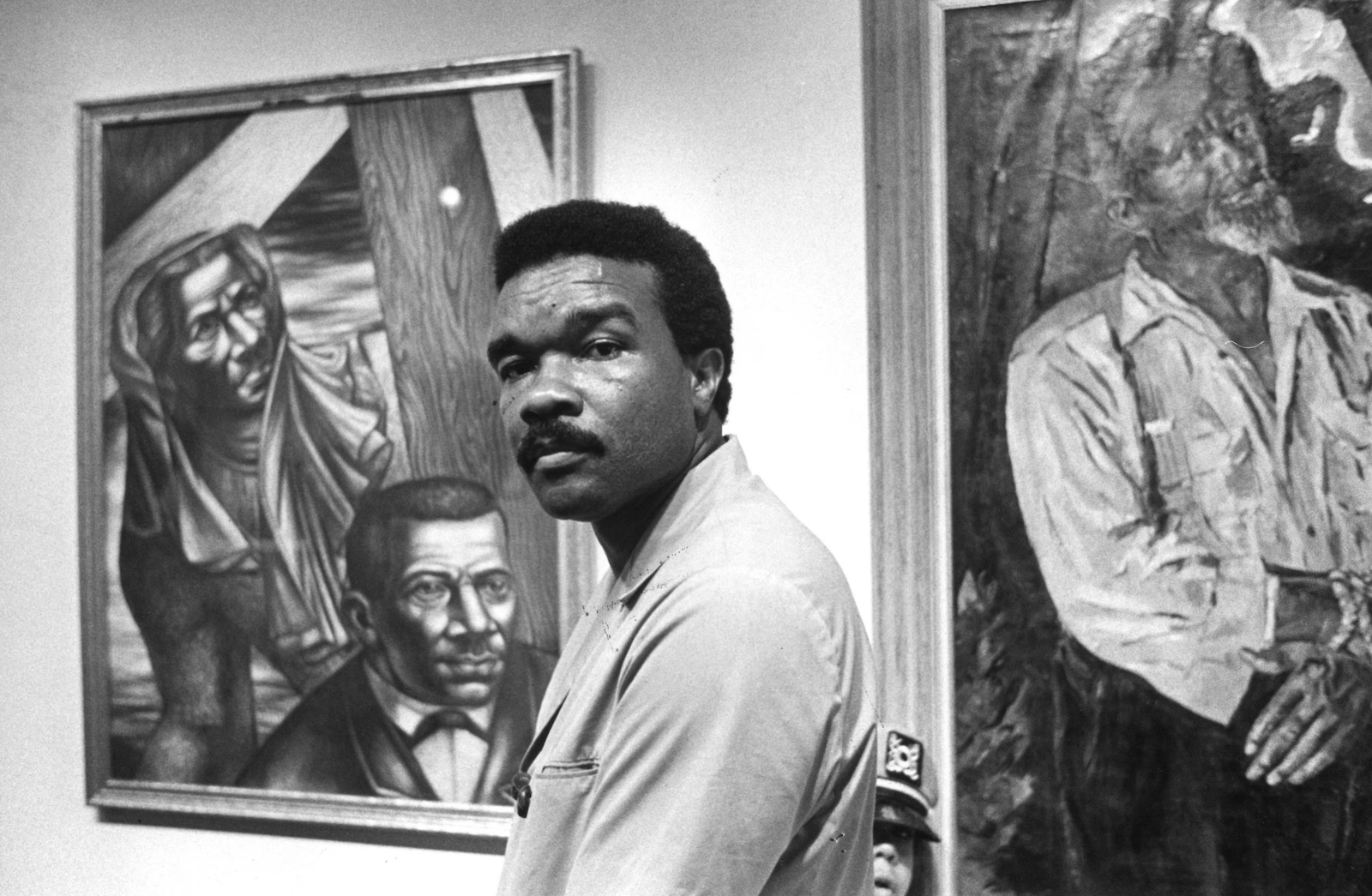 An artist himself, Professor Driskell recognized the role of black artists in the broader story of American art. He died of the coronavirus.