April 03, 2020 David C. Driskell Center for the Visual Arts and Culture of African Americans and the African Diaspora 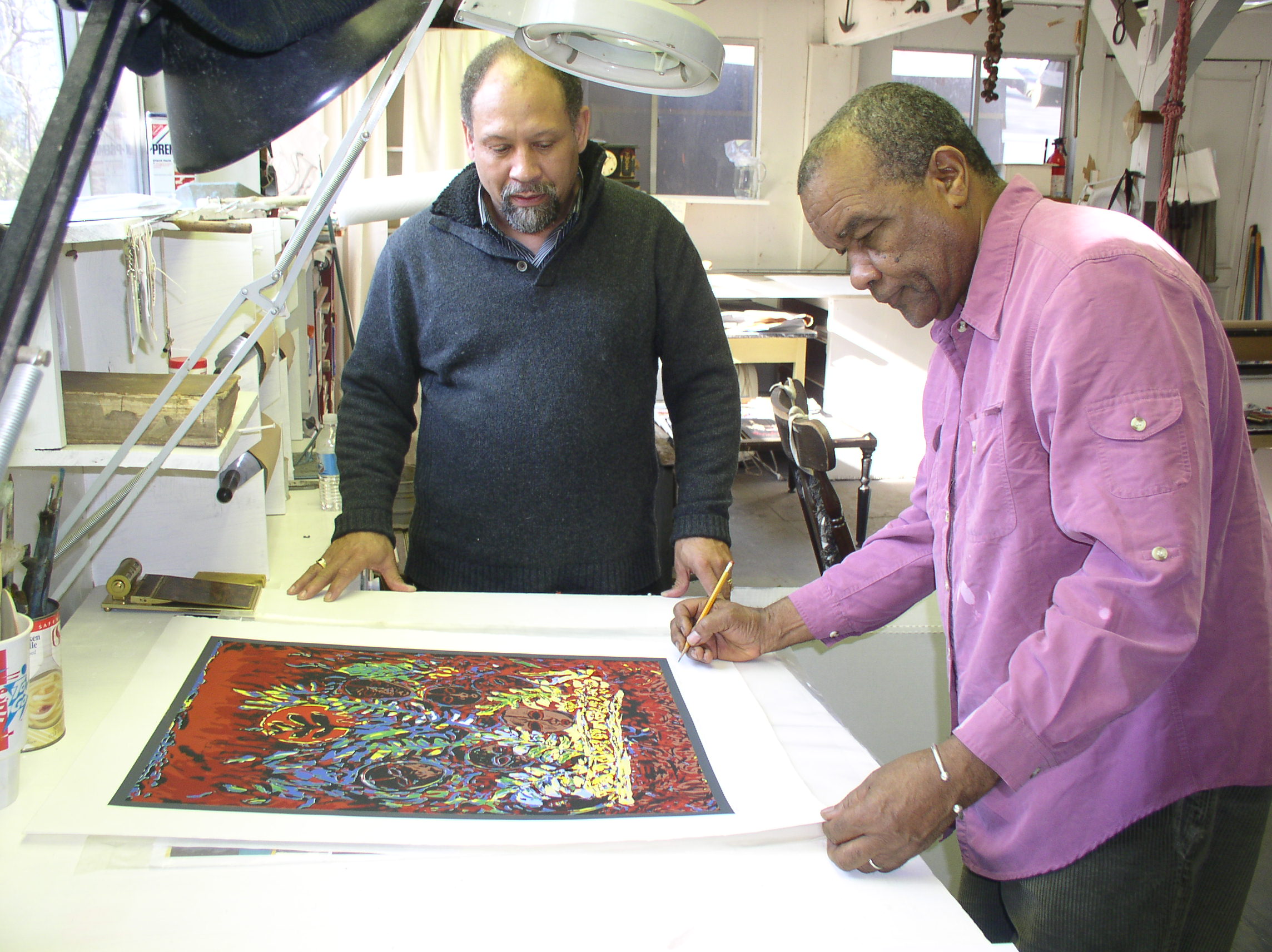 Distinguished University Professor revolutionized the field of African American art through his scholarship, innovation and humanity.

David C. Driskell, the legendary artist and Distinguished University Professor at the University of Maryland (UMD) recognized worldwide for his scholarship and expertise in African American art, passed away on Wednesday from complications of COVID-19. He was 88.

“He was a trailblazer,” said acclaimed performance artist Jefferson Pinder ’93, M.F.A. ’03, who studied with Driskell at Maryland. “So many people are indebted to the work he’s done, especially in being one of the first curators to study and trace African American artists.”

His groundbreaking exhibition “Two Centuries of Black American Art: 1750-1950” has been a foundation for the field since 1976. According to his biographer, Julie McGee, associate professor of Africana studies and art history at the University of Delaware, only a handful of exhibitions have shared the same longevity in the discourse of art history and collecting.

“Like Homer’s ‘Odyssey’ or Ellison’s ‘Invisible Man,’ ‘Two Centuries’ was and will remain a classic that scholars, curators and collectors can study,” said McGee. 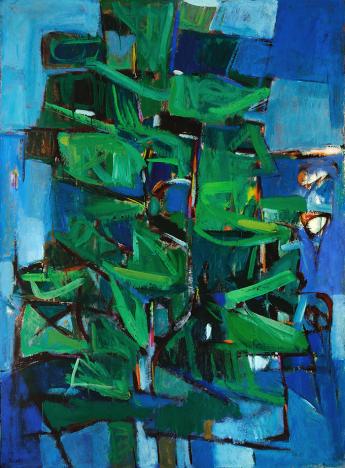 Born in Eatonton, Georgia, in 1931, he grew up in North Carolina and completed the art program at Skowhegan School of Painting and Sculpture in Maine in 1953. He attended Howard University, where he graduated with a bachelor’s degree in art in 1955, and received an M.F.A. from Catholic University of America in 1962. He also studied art history at the Netherlands Institute for the History of Art in The Hague.

Trained as a painter and art historian, he worked primarily in collage and mixed media, and printmaking. He was a naturalist and colorist, and his art often focused on trees, nature and landscapes.

Driskell’s paintings and prints appeared in solo and group exhibitions across the United States, including the Baltimore Museum of Art, the Oakland Museum and the Whitney Museum of American Art. Several of his works are included in major collections of art museums, such as the National Museum of African American History and Culture, the National Gallery of Art, the Phillips Collection and the High Museum of Art.

He wrote five exhibition books on the subject of African American art, co-authored four and published more than 40 catalogues from exhibitions he curated. He also wrote numerous articles and essays that were published nationally and internationally. 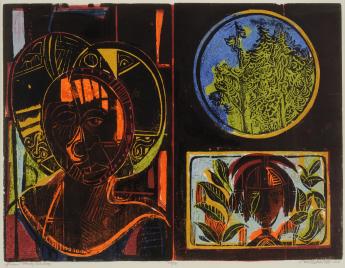 President Bill Clinton honored him as one of 12 recipients of the National Humanities Medal in 2000. In 2005, the High Museum of Art in Atlanta, Georgia, established the David C. Driskell Prize, the first national award to honor and celebrate contributions to the field of African American art and art history. In 2018, he received the Lifetime Legacy Award from the Skowhegan School of Painting and Sculpture and was elected to the American Academy of Arts and Sciences.

In 1955, he began his teaching career at Talladega College and eventually taught at Howard and Fisk universities as well as served as visiting professor of art at several universities, including Bowdoin College, the University of Michigan, Queens College and Obafemi Awolowo University in Ile-Ife, Nigeria.

In 1977, Driskell joined the faculty of the Department of Art at Maryland and served as its chair from 1978-83. In 1995, Driskell was named Distinguished University Professor of Art.

“David has given generously to the university his time, his talent and important pieces from his vast art collection,” said Bonnie Thornton Dill, dean of the College of Arts and Humanities. “Our campus is privileged to have a responsibility and commitment to maintain and build upon his dedication to develop future generations of black artists and students of African American and African diasporan art.”

He said that some of his happiest years were teaching and making connections with students. He taught, mentored and helped countless students graduate to successful careers during his tenure. He was also influential in the hiring of African American artists as professors in the Department of Art.

“David could recognize talent in students and do what he could to promote these students, challenge them, actualize their artistic capabilities,” says Robert E. Steele, former director of the David C. Driskell Center for the Study of the Visual Arts and Culture of African Americans and the African Diaspora and former associate dean for the College of Behavioral and Social Sciences.

In 2001, the University of Maryland established the David C. Driskell Center to honor him as an artist, art historian, collector, curator and scholar. The center not only exhibits the work of artists at all stages of their careers, it also houses Driskell’s archives, a public collection of his letters, photos, handwritten notes and catalogs. They offer a glimpse into his life, work and interactions and close friendships with major artists like Jacob Lawrence, Romare Bearden, Georgia O’Keeffe, Aaron Douglas, Betye Saar and more. 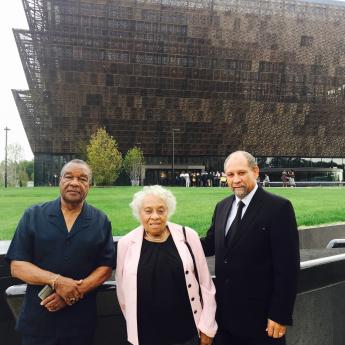 Driskell also worked closely with collectors like Larry and Brenda Thompson. When he met them decades ago, he encouraged them to display their work at the David C. Driskell Center and helped launch them as young collectors. In 2019, they pledged $600,000 to support the center's mission.

“Despite being a world-renowned artist and scholar, David was patient and selfless with collectors," the Thompsons said. "He nurtured our interest in collecting art, and in doing so, he became a dear friend and taught us so much about life."

Curlee Holton, executive director of the Driskell Center, said Driskell’s legacy is one of both achievement and of generosity and kindness.

“It wasn’t just his talent. It was his humanity that was transformative. He believed that everyone was valuable and that their unique vision as expressed in their art, should be seen and studied.”

Image credit from top to bottom:

David C. Driskell, Thelma Driskell and Curlee Holton in front of the National Museum of African American History and Culture in 2017.