A COLLABORATION OF CREATIVITY: PRINT WORK OF DAVID C. DRISKELL

January 20, 2023 David C. Driskell Center for the Visual Arts and Culture of African Americans and the African Diaspora 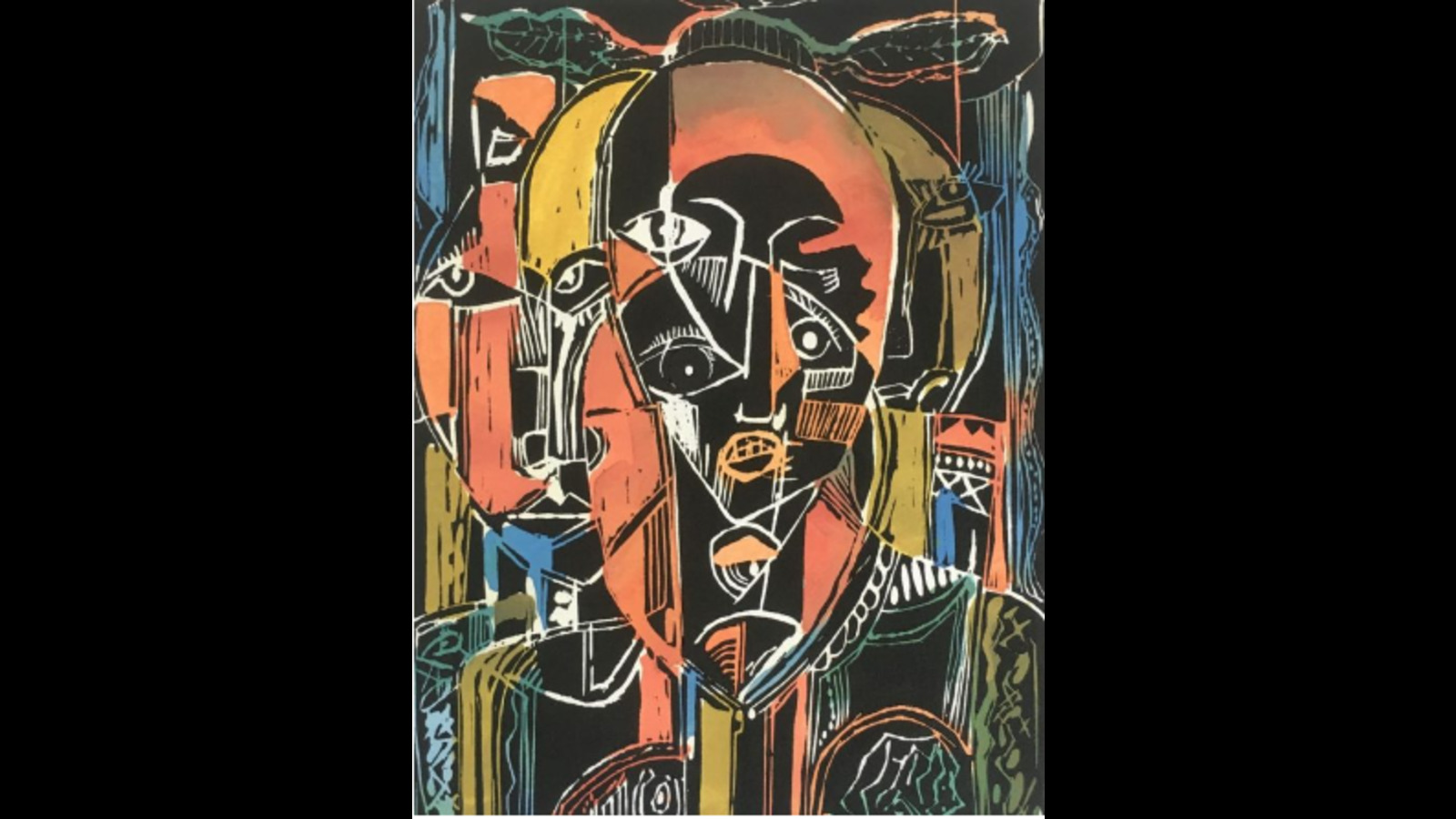 Beginning on February 11 and running through March 19, Pyramid Atlantic Art Center (Pyramid) in Hyattsville, MD will host an exhibition of prints by the late artist, scholar and historian, David C. Driskell. Driskell is credited with transforming the field of African American art through his own artistic work and advocacy, and is considered to be one of America’s most important artist scholars. As an artist, he is best known for his modernist paintings, collages, and prints.

THE PUBLIC OPENING FOR THE EXHIBIT TAKES PLACE ON FEBRUARY 11TH, FROM 6PM-8PM (FREE, RSVP REQUIRED). AND A SPECIAL COLLECTORS’ PREVIEW IS SET FOR FEBRUARY 10TH, FROM 6PM-8PM (TICKETS $25). THE EXHIBITION RUNS THROUGH MARCH 19, 2023 IN PYRAMID’S HELEN C. FREDERICK GALLERY. GALLERY HOURS ARE WED–THU, 10–8 PM AND FRI–SUN, 10–6 PM. PYRAMID IS LOCATED AT 4318 GALLATIN STREET, HYATTSVILLE MARYLAND 20781. FOR MORE INFORMATION AND AN RSVP LINK, VISIT PYRAMIDATLANTIC.ORG OR CALL 301-608-9101.

In 2003, Driskell, a resident of Hyattsville, began a lifelong collaboration with Master Printer Curlee R. Holton, Ph.D. Together they produced over 40 creative projects with two still in progress at the time of Driskell’s passing. For this exhibit, A Collaboration of Creativity, Holton will share a curated grouping of approximately 40 prints made with Driskell through Holton’s fine art publishing studio, Raven Editions, and The Driskell Center at the University of Maryland. The exhibition includes a diverse array of printmaking techniques including relief, intaglio, etching, and lithography. The collection showcases the artistic genius of Driskell, the printmaking mastery of Holton, and the power of collaboration.

“I have known of the important mission and services provided to the arts community as an organization. This mission intersects perfectly with the lifelong commitment of David C. Driskell to artists and the community,” says Holton. “Driskell was an internationally recognized and celebrated artist and scholar who had always been accessible to his friends and community. He was committed to maintaining an open heart and home without pretense or elitism in spite of his successes that brought him recognition by presidents and cultural leaders the world over. Bringing David’s work to the walls of Pyramid Atlantic is bringing his artistry and spirit of inclusion home.”

“Printmaking is at the core of Pyramid’s mission and to showcase this brilliant artist-printer collaboration is an honor,” says Kate Taylor Davis, Pyramid’s Executive Director. “It’s also a rare opportunity to see and collect work from a true artistic giant in an intimate, nonprofit gallery setting.”