January 30, 2020 David C. Driskell Center for the Visual Arts and Culture of African Americans and the African Diaspora 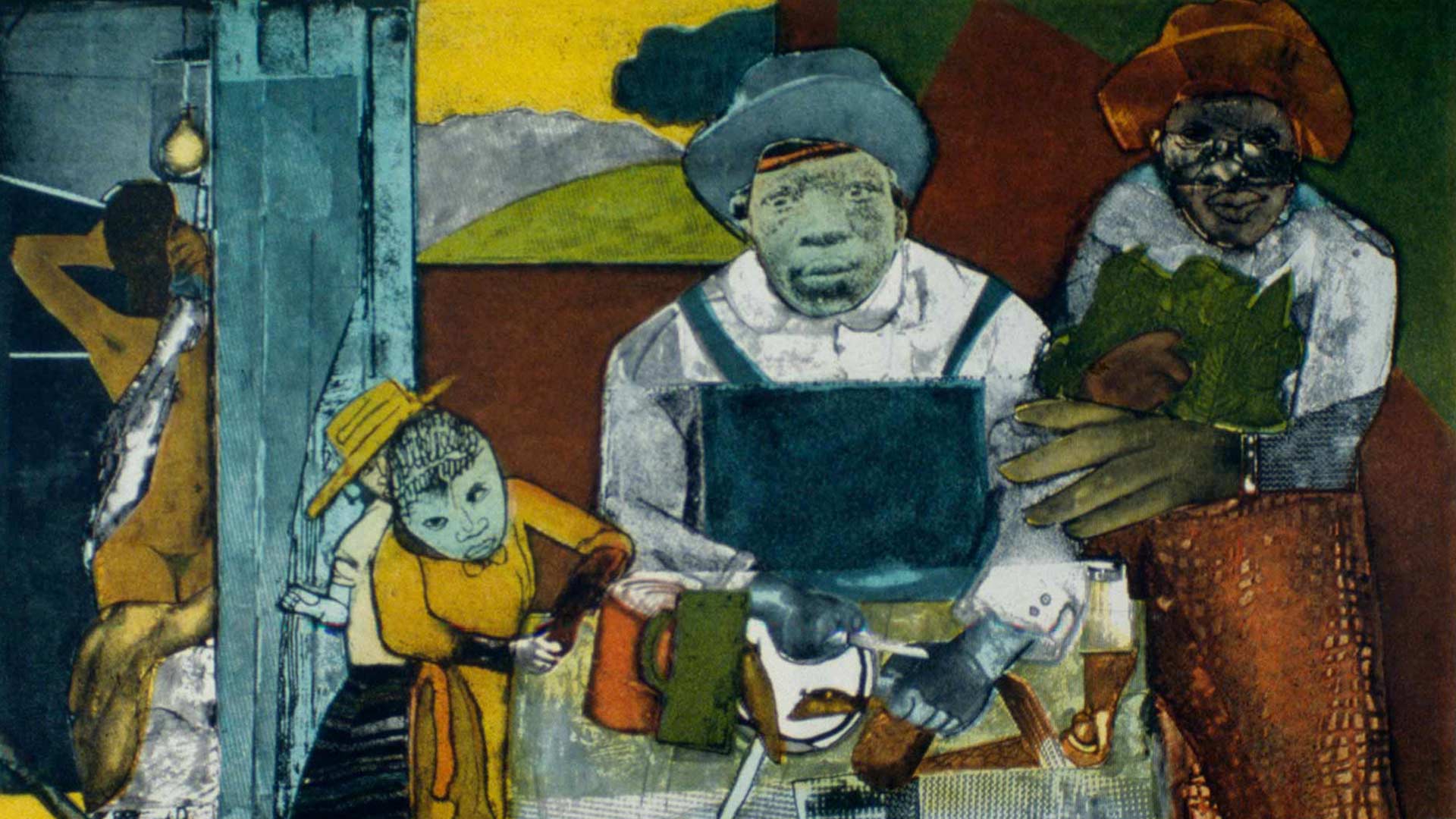 A mother and child reading by lamplight, depicted in striking shades of blue, brown and yellow. A woman cradling an older woman at a table overflowing with flowers, pears and watermelon. Ships crossing a deep blue ocean, carrying slaves from one continent to another.

Romare Bearden, one of the 20th century’s most celebrated African American artists, was known for his bold collages depicting both the everyday joys and the sociopolitical trials of black life in America.

A traveling exhibit opening today at UMD’s David C. Driskell Center for the Study of Visual Arts and Culture of African Americans and the African Diaspora, “Romare Bearden: Artist as Activist and Visionary,” focuses on Bearden as both an artist and a social activist. It features more than 45 of his works, including collages, watercolors, drawings, prints and editorial cartoons.

Romare Bearden’s “The Family” is one of the works featured in “Romare Bearden: Artist as Activist and Visionary,” a traveling exhibit that opened today in UMD’s David C. Driskell Center. "The Family" image courtesy of the Romare Bearden Foundation.