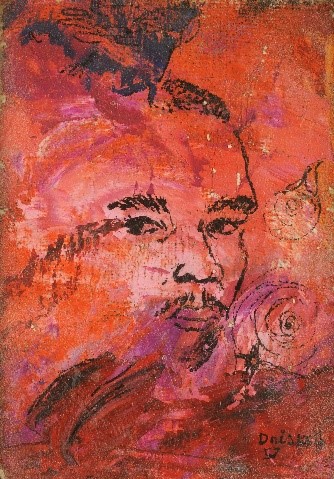 Professor Driskell's archive of African American art, AKA The David C. Driskell Papers, was assembled over more than six decades and consists of an estimated 50,000 objects.

Among the unique objects in the Driskell Papers are: lecture notes; students’ dissertations; slides from artist studios and exhibitions; magazines; and, most importantly, correspondences with nationally known artists such as Romare Bearden, Elizabeth Catlett, Aaron Douglas, Jacob Lawrence, Georgia O’Keefe, and James Porter.

The Fall 2020 exhibition will include unique materials from the Driskell Papers as well as drawings by Professor Driskell from the David C. Driskell Center Art Collection.

The Driskell Center Gallery’s hours are Monday through Friday from 11AM to 4PM with extended hours on Wednesday until 6PM. The Gallery will also be open on the following Saturdays: September 26th, October 24th, and November 14th from 11AM to 4PM. 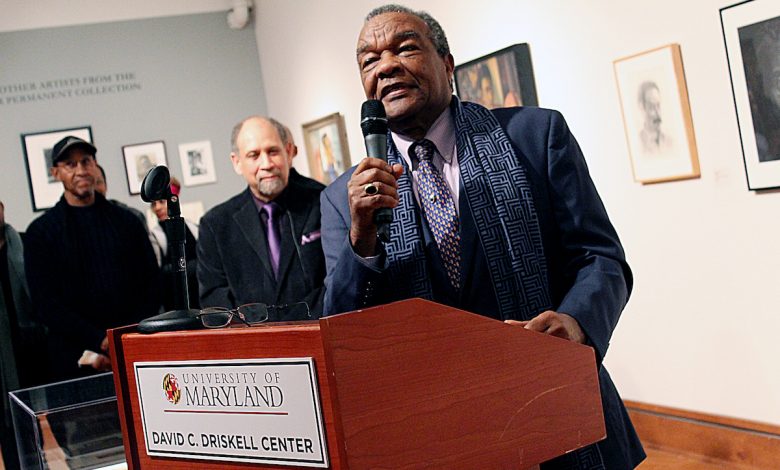 DAVID C. DRISKELL AND HIS STUDENTS

This exhibition will focus on works by David C. Driskell’s students and how his mentorship impacted their lives and work.

Professor Driskell taught at: Talladega College, Howard University, Fisk University, and in the Departments of Art and Art History and Archeology at the University of Maryland, College Park from 1977 through 1998.